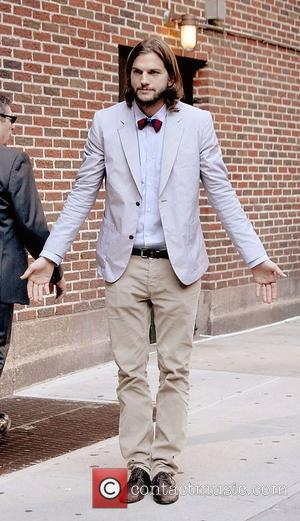 Ashton Kutcher and the crew of rebooted sitcom, Two-and-a-half Men are beginning to have fun again according to actor Jon Cryer who plays Alan on the hit show.

"It's fun to be having fun again. At times, it was less fun." He told USA Today, the CBS show was shut down earlier this year (2011) after several public outbursts by the former star of the show Charlie Sheen. However, Cryer is pleased with the way that new addition Kutcher has taken to his fellow cast members "It was easy from day one, which is remarkable. I was really impressed with how [Ashton] leapt into this, into what could conceivably be construed as a high-pressure situation." Cryer puts this down to the Hollywood star's mischievous personality and is looking forward to making the new series after Kutcher pulled a prank on a crew member, "I think there was something about that that made everyone go, 'Ah, OK, we can have fun."

Born in Iowa, Kutcher first appeared in front of a camera lens as a fashion model; however, his life as an actor began when he starred in Fox show That 70s Show as dim-witted Michael Kelso. He later made the transition into the movies and appeared in teenage comedy caper Dude, Where's My Car as well as thriller The Butterfly Effect, he also married fellow Hollywood A-lister Demi Moore in 2005. The 33-year-old is currently filming new romantic comedy New Year's Eve, the story of several interlocking couples on New Year's Eve.