Ashton Kutcher and Mila Kunis to marry at Kensington Palace?

Ashton Kutcher and Mila Kunis allegedly want to marry at Kensington Palace in London after falling in love with Britain. 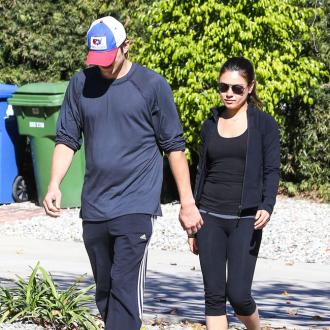 Ashton Kutcher and Mila Kunis want to marry at Kensington Palace in London.

The Hollywood couple - who are close friends with Queen Elizabeth's granddaughter Princess Beateice - are reportedly keen to tie the knot at the royal residence after falling in love with Britain.

A source told the Daily Star newspaper: ''They both adored Kate and William's wedding and wanted to do something similar for themselves. They don't want a big flashy wedding but they liked the idea of marrying somewhere historic like a castle.

''But then Princess Beatrice suggested the Orangery at Kensington Palace and Mila and Ashton think it's the perfect setting.

''They want a small ceremony in front of just a few family and friends.''

However, the loved-up couple - who have been dating for over a year - will have to wait until Ashton is officially divorced from ex-wife Demi Moore before they can wed.

The 'Two and a Half Men' star split from his estranged spouse in 2011, but their divorce has been held up by disagreements over settlement money.

However, the former flames are believed to have reached an understanding recently and agreed to sign their divorce papers.