Ashton Kutcher says caring for a newborn baby is similar to having a new phone which doesn't have all its functions enabled. 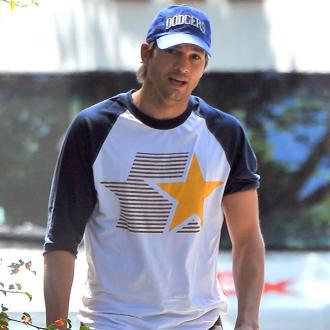 Ashton Kutcher thinks having a baby is like getting a new phone.

The 36-year-old actor and fiancee Mila Kunis welcomed daughter Wyatt into the world 10 weeks ago and the 'Two and a Half Men' star joked caring for a newborn was a similar experience to receiving a new communications device that doesn't have all its features correctly set up yet.

He said: ''It won't take pictures and you're like, 'Why won't my phone take pictures?'' and it won't make calls and it doesn't do a lot, but it looks really cute.''

Ashton is in awe of his baby girl and says she is learning things quickly.

He added: ''She found herself in the mirror and realised she was able to control the thing in the mirror, which was pretty cool.''

As well as praising Wyatt, Ashton - who was previously married to Demi Moore - also gushed about 31-year-old Mila, hailing the 'Black Swan' star as the ''greatest mom'' for how well she copes while he is at work.

Speaking to Ellen Degeneres in an interview airing today (12.12.14), he said: ''But the most amazing thing about having a baby is my partner, Mila. She's the greatest mom.

''I go to work every day and I come home and she's like perfect. And it just seems like everything went amazing and I know that something probably didn't go amazing, but she never complains.''

The couple are hands-on parents and decided against hiring a nanny because they want to ''know'' their daughter better than anyone else.

The 'Jobs' star explained: ''We just want to know our kid. We want to be the people that know what to do when the baby's crying to make the baby not cry anymore.

''I think the only way to do that is by being the one who's there.''