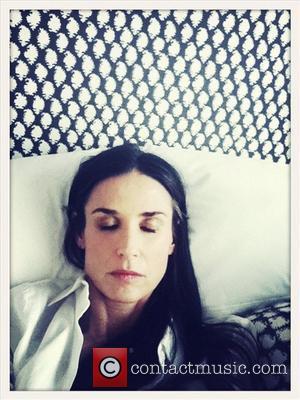 Ashton Kutcher and Demi Moore's bitter fight over their millions continues to drag out their divorce which really should have been sorted out months ago. Both stars are ridiculously rich, why can't they just keep their own fortunes and split anything they both own? It seems it just isn't that simple.

According to the New York Post, a $10 million battle is dragging on over A-Grade Investments, the venture capital fund Kutcher formed with Madonna's manager Guy Oseary and billionaire Ron Burkle which was recently valued at $100 million. Sources familiar with both Kutcher and Moore told the paper that the actor has made a ton of money in the 18 months since they split and he doesn't believe he owes her a penny. "Ashton set up A-Grade with Oseary and Burkle in 2010, when he and Demi were still together, but he recently told her lawyers the fund had not made substantial money. In fact, he claimed he had only put about $1 million into it," the source told the Post. "Now it seems Ashton and Oseary were working towards a private offering based on a valuation of $100 million. Ashton owns 20 percent of the fund, under California law, Demi should be entitled to half of his share - $10 million."

The Two and a Half Men star has been pretty shrewd with his investments, which could prove disastrous for him given his divorce from Demi could be one of the most expensive in Hollywood history. Ashton is the highest paid actor on television, while Moore isn't exactly skint. "Demi was asking for so much money, and [the negotiation] was dragging on so long, that Kutcher got fed up and filed papers, which means their divorce negotiations will become more public," a source previously told the Post.