Check out the top ten in full below 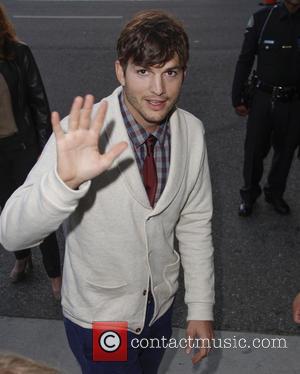 Ashton Kutcher tops a heady list of stars that earn – to be candid – loads and loads of money. The Two and a Half Men star was joined by his co-star on the hit U.S comedy, Jon Cryer as the comedy pair comprise the top two.

Kutcher capitalized – probably not consciously – on Charlie Sheen’s very public breakdown back in 2011. He was pretty much forced to leave the show – either by his employees or by his own actions, and accord – and the former Punk'd star stepped in duly.

"TV's highest-paid actor is laughing all the way to the bank since replacing Sheen on 'Two and a Half Men' after the troubled star's 2011 flameout," said Forbes, adding that Kutcher is also an investor in technology companies.

Jon Cryer – despite always playing second fiddle to both Kutcher and Sheen on Two and A Half Men – is second in the list. He’s basically been a star on CBS forever, and it tells in his wage packet.

Third is another CBS stalwart Ray Romano, despite his hit comedy, Everybody Loves Raymond, ending eight years ago. Most of his $16m comes from syndication of the CBS comedy series.

Then there’s Neil Patrick Harris, whose antics on How I Met Your Mother lead to him to the Emmys and Tonis gigs. Having hosted those prestigious awards, his stock is as big as ever, and he’ll be creeping up that list in the years to come, there’s no doubt. Ashton Kutcher is the highest paid TV actor in the world, according to Forbes Neil Patrick Harris will soon be top, we predict. Within the decade.

Here are the top earners: