New Dad Ashton Kutcher Has Become An Investor In A Baby Bottle Feeder After Making A Guest Appearance On The Panel Of U.s. Reality Show Shark Tank. 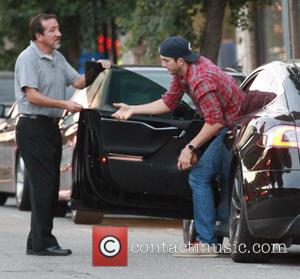 The Two and a Half Men star recently made his debut on the reality TV show and in the episode, which aired in America on Friday (25Sep15), the actor showed interest in helping the designer of the Beebo.

The accessory allows new parents to place a bottle in a holder slung over their shoulder, allowing them to hold and feed a child, while using their other free hand to read or perform other tasks.

Kutcher, who is known for investing in technology star-up companies, admitted feeding his baby girl Wyatt was one of his favourite things to do as a dad, but after the group of experts declared the product would need a complete repackaging, the actor ruled himself out due to a lack of experience.

However, he was offered the chance to invest in Beebo in a joint deal with fellow Shark Tank panellist and QVC home shopping channel regular Lori Greiner. They offered $100,000 (£62,500) for a 15 per cent stake in the business, and their proposal was accepted.

The Beebo partnership was the only deal Kutcher made on the show. The star, who co-owns venture capital firm A-Grade Investments, passed on ideas like a credit card protection invention and a line of vinegar-based drink mixers.

Shark Tank is based on the original British programme, Dragon's Den.