Ashton Kutcher believes his Kabbalah religion sets him on a ''positive path'' for the week ahead. 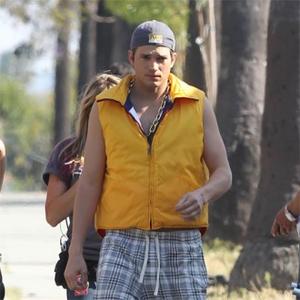 The 'Two and a Half Men' actor - who was introduced to the mystical faith, an off-shoot of Judaism, by wife Demi Moore six years ago - is fascinated by his studies into the religion and thinks attending weely meetings helps him in life.

He said: "I find the study of Jewish mysticism to be really interesting and a completely different world I never even knew existed.

"Kabbalah is the root of most modern religions.

"The meetings really set you on a positive path for the rest of the week", he said.

In order to maintain a happy marriage with Demi, Ashton relies on the guidance he finds in 'The Spiritual Rules of Engagement' , which was written by his friend Yehuda Berg.

He said: "Marriage takes a lot of work so, as the book explains, if people start with a desire to work on their relations hop, and ser that as the goal, they'll be a lot better off."