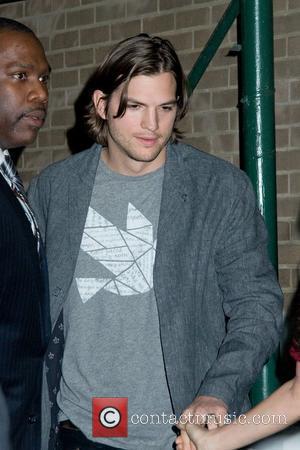 Ashton Kutcher appears to be shooting down reports suggesting he is in talks to replace Charlie Sheen in sitcom Two And A Half Men.
Internet gossip on Thursday (12May11) suggested TV bosses have started courting the Just Married star after secret talks between them and Hugh Grant fell through.
Kutcher has had a history of TV comedy success - he was among the ensemble cast of sitcom That '70s Show and he fronted hit practical joke show Punk'd.
But in a tweet to fans, the actor suggested the rumours are just that - rumours.
He writes, "I'm starting to become convinced that people put my name in articles just to improve their Seo (search engine optimization) or hoping I'll tweet it."
Grant has become the latest star to turn down the lead role in the hit sitcom - Rob Lowe and Jon Stamos, who were both linked to the role, previously insisted they were not interested in stepping in for Sheen.
TV producers have been keen to find his replacement ever since they fired the actor over a public dispute with show creator Chuck Lorre in March (11).