Ashton Kutcher jokes he cut his hair because 'Jesus wanted his look back', while his 'Two and a Half Men' boss explains the new clean-cut image is part of a storyline. 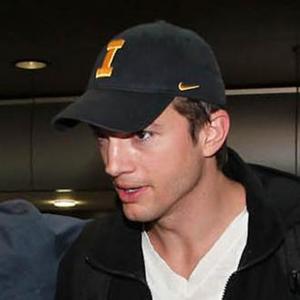 Ashton Kutcher cut his hair because ''Jesus wanted his look back''.

The 34-year-old 'Two and a Half Men' actor has ditched his long locks and Shaggy beard and returned to his previously well-groomed style.

Asked about the image overhaul, he joked: ''Jesus wanted [his look] back so I gave it to him.''

On a more serious note, Ashton - whose six-year marriage to Demi Moore collapsed last November amid allegations he cheated - explains he grew his hair for his role as heartbroken Millionaire Walden Schmidt in the Chuck Lorre series.

But under orders from the boss, he went back to his clean-shaven, short-haired look as part of a new storyline.

Chuck told People Magazine: ''We wanted to tell a story about being in a relationship and being pressured to change. Walden pushed back and said, 'You can't change me. This is who I am.' But once she stopped trying he got a haircut and changed.''

However, Ashton admits he is missing his wild hairstyle.