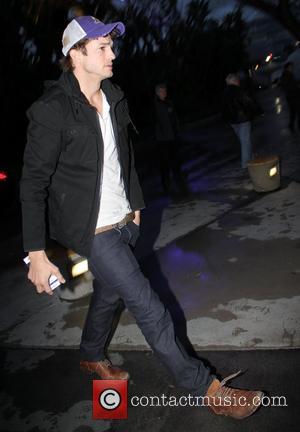 Ashton Kutcher has reportedly left ex-wife Demi Moore "sick to her stomach" over his new relationship with Rihanna. It was first exposed by Tmz.com, who photographed the Barbadian singer leaving Kutcher's Los Angeles home at 4am, though the pair have reportedly been dating since December.
Ashton hasn't shied away from the spotlight following his acrimonious split from the Hollywood actress, though Demi has completed a stint in rehabilitation and has rarely been photographed in public. A source told Grazia magazine that she's struggling to comprehend Ashton's latest romance, saying, "Demi is constantly keeping tabs on Ashton so when these pictures came up she was understandably devastated. Demi's convinced something happened between them and said she felt "sick to her stomach". She added that the Margin Call actress has been "acting crazy" since seeing the photographs, adding, "Demi is in such a fragile state, even the idea of them together has affected her quite badly. She's in a terrible way but, at the end of the day, Ashton is a single man and free to do whatever he likes".
The pair split last year after it was alleged that the Two and a Half Men star had slept with 22-year-old Sara Leal on the night of his wedding anniversary to Demi. Meanwhile, Rihanna hasn't been in a serious relationship since her well-publicized split from CHRIS BROWN.