Ashton Kutcher shared a photo of himself sharing a passionate kiss with Mila Kunis, is this a sign a proposal may be due? 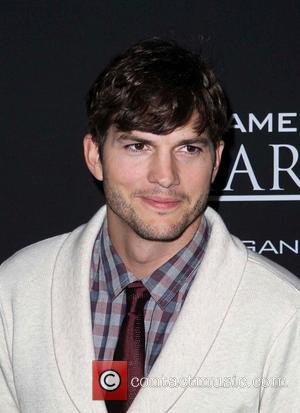 Ashton Kutcher and Mila Kunis' relationship is public knowledge but it is also well known that they are very private about it.

However, in a rare moment Kutcher revealed a glimpse of their love for one another.

The 'Two and a Half Men' actor posted a photo on Tuesday (Dec 10th), via his twitter account, of the pair sharing a romantic kiss under a neon lit sign titled 'SUN.'

The snap was taken on a recent trip to Sun Records in Memphis and the 35 year-old's caption read, "Sunset #nofilter."

Underneath the bright light the Hollywood actor's silhouettes are only visible in the dark of night, Kutcher's left eye and Kunis' ragged hair bun are the only clear features.

The romantic pic comes two weeks after the 'Jobs' actor finalized his messy and long divorce from Demi Moore.

Their marriage, which began in 2005, garnered a media frenzy and public interest with their 15 year age difference but the pair called it quits 6 years later in 2011.

Their lengthy divorce was due to the pair unable to come to a financial agreement.

However, the documents were filed and it was made official on Tuesday 26th November they were finally free from one another.

Kutcher began dating his 'That 70's Show' co-star, Kunis, in April 2012 and they now are in the clear to tie the knot, even though rumours are spreading fast about the pair preparing to walk down the aisle, there has been no confirmation or evidence that they are true. The pair are known to keep their relationship private