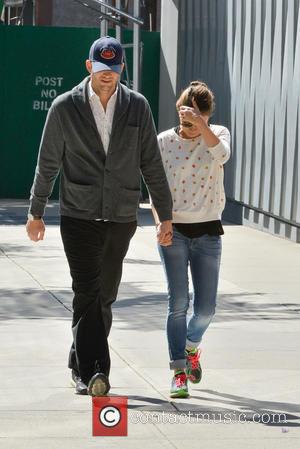 Ashton Kutcher may have overseen a significant drop in ratings on Two & A Half Men since it's Charlie Sheen-starring heyday, but that hasn't stopped him from reaping in the cash and becoming the highest paid actor on television. According to the latest Forbes Magazine list, the actor made $24 million over the course of June 2012 and June 2013 from his work on the Chuck Lorre show, making him the top earner on TV.

Kutcher's co-stars Jon Cryer and Angus T. Jones are both on the list too, with Cryer coming in at number two, earning an estimated $21 million over the course of last year, whilst Jones is seventh with $11 million. With the show now in syndication and looking like it won't be ending any time soon, CBS's cash cow looks as though is will continue being milked by the lead actors for some time to come. Even though this will likely be Jones' final season on the show, he will still benefit financial from the show's syndication.

Ray Romano comes in third, still earning millions from the syndication of Everybody Loves Raymond and for his voice work on the Ice Age films. He also received a hefty paycheque for his story arc on Parenthood.

Mark Harmon and Neil Patrick Harris are tied for forth and fifth place, with an estimates $15 mil. being made by the pair last year. NCIS-star Harmon earned the vast majority of his earnings from last year through the hit CBS show, whereas NPH has earned his $15 mil. from his role in How I Met Your Mother and the animated Smurfs 2. The actor joins the 'Highest Earners' list for the first time this year with his $15 mil. earnings. Harris and Harmon both made an estimated $15 mil. last year