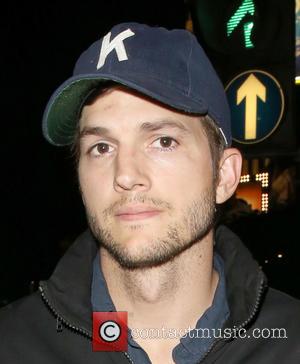 Picture: Ashton Kutcher - Ashton Kutcher and Mila Kunis leave The Apollo Theatre after watching the play 'The Curious Incident of the Dog in the Night-Time'...

The 35 year-old topped the Forbes Annual List, earning an estimated fortune of $24million between June 2012 to June 2013.

Kutcher began his second season starring in ‘Two and a Half Men’ as ‘Waldon Schmidt’, the character who replaced Charlie Sheen after he was fired from the show back in March of 2011.

The season opener received 11.6 million viewers, which in comparison to the show’s peak of 28 million viewers, it is quite a drop, and more people watched ABC’s ‘Agents of S.H.I.E.L.D’ and CBS’s ‘NCIS’.

The comedy series pay their actors very well as Kutcher also came in 1st place on the 2012 list, Sheen held the number one spot in 2011 and co-star Jon Cryer was this year’s second place, earning $21 million.

Their closest competitor was comedian Ray Romano with a fortune of $16 million and ‘How I Met Your mother’ star, Neil Patrick Harris, tied 4th position with Mark Harmon from ‘NCIS’ with $15 million each. 'Two and a Half Men' co-star, Jon Cryer, came second with $21 million earned