Ashton Kutcher Waited To Get Intimate With Demi

Ashton Kutcher and his wife Demi Moore took the time to get to know each other before becoming physically intimate. 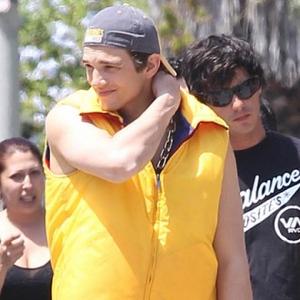 Ashton Kutcher waited before having sex with Demi Moore.

The 32-year-old actor - who married the actress in 2005 -says the couple hit it off the minute they met but wanted to get to know each other better before exploring the physical side of their romance.

He said: "My relationship was a relationship first. Well, there wasn't anything physical happening for awhile, but from the get-go it was more than Friendship. It was a deeper connection than that."

The 'No Strings Attached' actor believes men are always looking for "something special" in every relationship they have and thinks everyone wants lasting happiness with their partners, however the romance begins.

He added: "I think guys wind up after a while not wanting another guy sleeping with the girl they're with. But eventually everyone wants something more. We all have that desire for something special, something committed. We all want to be The One."

He then explained why he publicly declares his devotion to Demi, 48, on micro-blogging website twitter so often.

He told Redbook magazine: "Sometimes being publicly adored is nice. It feels good. So that's why I might be standing right next to her and tweet, 'My wife looks so amazing tonight.' "

However, Ashton recently admitted a computer is no substitute for human contact.

He said: "When someone needs us, he or she needs all of us. There's no text that can replace a loving touch when someone we love is hurting."