Ashton Kutcher and Mila Kunis are reportedly disappointed their baby daughter wasn't born this week while he was on a break from filming 'Two and a Half Men'. 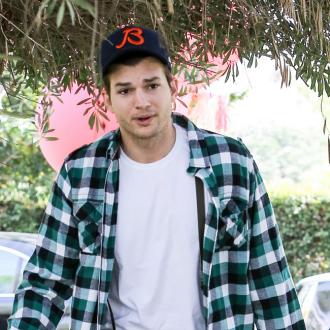 The couple, who are expecting their first child imminently, were hoping the 'Black Swan' actress would go into labour while he was on a break from filming 'Two and a Half Men'.

A source close to the 36-year-old actor told PEOPLE.com: ''They were hoping the baby would come this week because he's on hiatus.''

The actor is feeling both excited and anxious ahead of the arrival of their bundle of joy.

The insider said: ''He is a nervous wreck.''

Ashton alluded to his pre-baby jitters on Twitter on Thursday (18.09.14), writing: ''Nervous is excited's victim sister.''

Mila, 31, has been spotted keeping busy and attending daily prenatal yoga classes near their $10 million mansion in Beverly Hills recently, and her fiancé has been staying close to hime in case she goes into labour.

The source added: ''He is incredibly excited for the baby. Mila just wants the baby to come out already!''

The couple, who got engaged earlier this year and started dating in 2012, are planning to get married after their baby's birth.