The two-man show will return this fall, with a helfty pay increase for Ashton Kutcher 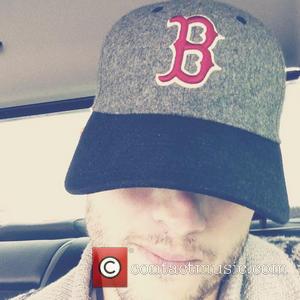 Picture: Ashton Kutcher - Ashton Kutcher posted this image of himself wearing a Boston Red Sox baseball cap to Twitter.com to pay tribute to the people...

The long-running CBS series Two and a Half men has been renewed for its eleventh season, which will see a return of the entire cast, though some appearances will be less frequent. Unsurprisingly, Ashton Kutcher and Jon Cryer have signed on to play their characters again for this go round. It’s a pretty safe deal for both of them and quite lucrative, if we may add, considering that Kutcher has now topped the chart for highest paid sitcom star, with a $700 000 per episode deal, as reported by Us Magazine. That’s still less than previous Two and a Half Men star Charlie Sheen’s $1.2 million per episode salary, but it isn’t a bad deal at all. Yes, a renewal of the show means that both of its stars will be making bank.

Angus T Jones, who plays Jake, on the other hand, isn’t going to be as involved this season, as his role has been demoted to a recurring character. This is still better than the rumors that he would be getting fired, due to some less than affectionate comments he made towards the show earlier this year, though. There are a number of reasons why his presence on the series could have been decreased. While according to CBS entertainment chief Nina Tassler, there are no grudges between Jones and the network, it could be that the relationship is still strained. Additionally, Jones has made comments in the past that he would like to free up some time for college (which seems like a perfectly reasonable decision.) Whatever the reason, the bottom line is that we’ll be seeing less of Jones and presumably more of Kutcher this season. He’s gotta earn that fat paycheck somehow. Kutcher's days as a celebrity prankster are behind him, as he is now the highest paid actor in TV.