Another rock band is set to return this year with a string of new shows around the world. 90s rock band At The Drive-In will re-unite for the second time this decade for a hard-hitting comeback tour which includes numerous festival dates and at least one UK show. At The Drive-In reunite again

It has been 16 years since the band released their US Heatseekers number one 'Relationship of Command', before they separated a year later. They briefly returned in 2012, but they are indeed back once again and it looks like there might even be some new music on the horizon. In the first set of announced dates for 2016, they'll be playing London's Roundhouse on March 27th, Dublin's Vicar Street on March 26th, alongside several European dates in Paris, Vienna, Berlin and Barcelona, before setting out across North America visiting all the major cities - New York, Toronto, Chicago, Nashville, Atlanta - with festival appearances at Shaky Knees and Rock On The Range.

More: Read our review of 'Relationship Of Command'

It will be the first time they've played live since their headline show at London's Brixton Academy in 2012, but this year we may see some new tunes. The band uploaded a very short clip of some heavy sounding guitar vibes on their Instagram page, prompting fans to go into frenzied excitement.

It was looking doubtful for a long time that we'd ever see any short of long-term comeback. It was revealed back in 2013 that relationships between certain members of the group, like Omar Rodriguez-Lopez and Cedric Bixler, weren't as amiable as they could be, given that the former had taken a break from their new band The Mars Volta to form another new band called Bosnian Rainbows. Even so, Rodriguez-Lopez still suggested that there might be a future in the band, and it looks like he was right. 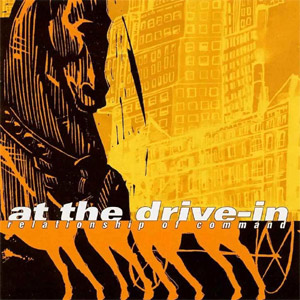