Wafer-thin indie sprite Bradford Cox continues to produce high-quality ethereal pop music with a single-minded focus and efficiency which would shame most production lines. This is his third album as Atlas Sound, following Let the Blind Lead Those Who Can See but Cannot Feel and Logos; he's also recorded several albums with Deerhunter and released a steady stream of music on his blog. What's remarkable is how consistent the quality of his work has been; quality has never been sacrificed for quality. Parallax is another very solid record, one which will please existing fans and win him a few new ones. It's seldom a remarkable work, and is unlikely to trouble many of the impending 'Best Of 2011' lists, but it is both consistent and enjoyable. 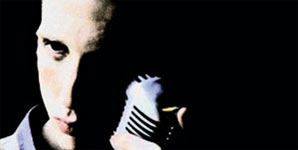 There are two real stand-out moments here. 'Mona Lisa''s jangly guitar and rollicking piano serve as a backdrop to a beautiful vocal turn from Cox; the song's wistful tone and pretty melodies will stick with you after it's finished. The comparatively forthright strum of 'Angel Is Broken' gives way to a chorus which is similarly sad-eyed and catchy. Elsewhere, Cox succeeds in integrating a diverse range of sounds and styles into his songs without ever diluting his distinctive, dreamy, guitar-led aesthetic. A dash of harmonica, a splash of synthesiser; these moments embellish his music without substantially altering it or pushing it in new directions.

Cox's music is notable for its insubstantiality, its not-quite-thereness. His hazy vocal delivery and delicate guitarwork frequently give his music a spectral quality. At times, though, the results can be a little too insubstantial; some tracks are barely there at all. They hover on the brink of non-existence, in your peripheral vision, too slight and minimal to catch your attention. This problem recurs on Parallax; some songs - 'Doldrums', for instance - never do enough to justify their existence. They aren't bad songs, but they are nondescript songs.

If you're a newcomer to Cox's work, there are more appealing entrances to his world: Logos, and Deerhunter's excellent Halycon Digest and Cryptograms, are three which spring to mind. Parallax is, nevertheless, another commendable effort, and would make a good Christmas present for the fey indie geek in your life. Meanwhile, Cox is undoubtedly back in the studio already, recording dozens more songs. Chances are they'll be worth hearing. 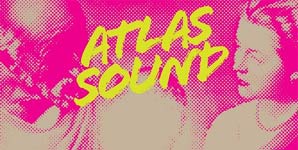