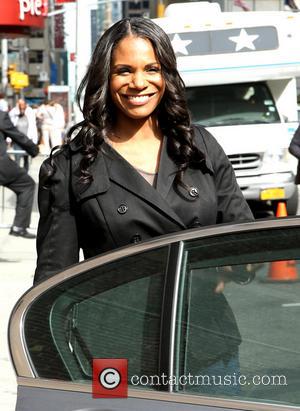 Record-breaking Tony Award winner Audra McDonald has come under fire from Time magazine editor Belinda Luscombe for thanking her parents for not medicating their hyperactive daughter in her acceptance speech.

The Broadway legend became the first actor to pick up six Tonys on Sunday night (08Jun14), but her emotional speech, during which she gushed over her husband and their kids, has drawn criticism.

And one parent of a hyperactive child, Luscombe, has taken issue at what MCDonald suggested when she said, "I want to thank my mom and my dad up in heaven for disobeying the doctors orders and not medicating their hyperactive daughter, and finding out what she was into instead, and pushing her into the theatre."

In an opinion piece on the Time magazine website, Luscombe congratulated MCDonald but shared her own experience as a mother who decided to medicate her hyperactive child.

She wrote, "One of my kids doesn't learn very well without the meds. We've tried the theater, sports, music, wearing him out, getting him more sleep... but the thing that worked best, that enabled him to learn to read and stopped him from getting into trouble at school, was medicine."

The writer admitted that MCDonald's speech "isn't making it any easier to live with our hard decisions."

The actress has responded to Luscombe's comments, stating that if her parents had turned to medication rather than getting her involved with theatre first, "I have no doubt that while my life might have been a fantastic one, it would not have been one in the theatre".