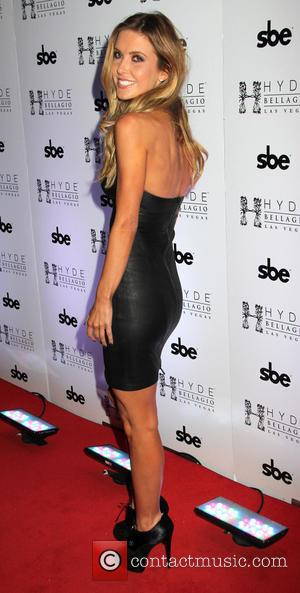 Reality Tv star Audrina Patridge has broken her silence on one of Hollywood's worst kept secrets - the fights on her hit show The Hills were staged.

Now a model and Tv personality in America, Patridge joined the likes of Heidi Montag, Lauren Conrad, Spencer Pratt, Brody Jenner and Whitney Port on the real-life drama, which ran from 2006 to 2010, and now she's confessing that the spats on the show weren't quite as dramatic as viewers thought.

She tells E! News, "In the beginning, a lot of it was real. As it went on, it was very manipulated and guided."

And she reveals producers locked her and co-star Kristin Cavallari in a room and refused to let them leave until they quarrelled.

She adds, "We were there for about three hours and they were like, 'You can't leave until you and Kristin get into a fight!' We did it and we got to leave."

Audrina Patridge teaching her daughter about the 'power to choose'