Filmmaker Ava DuVernay Has Ruled Herself Out Of Directing Upcoming Superhero Blockbuster Black Panther, Citing Creative Differences For Passing On The Project. 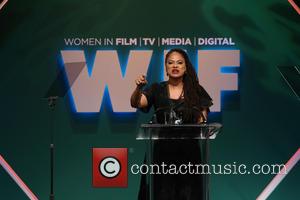 The Selma director was courted by Marvel Studios executives to work on an upcoming comic book adaptation back in May (15), with reports suggesting she was in talks to either work with Chadwick Boseman on Black Panther, or tackle Captain Marvel - both of which are due for release in 2018.

DuVernay has now revealed she was interested in the Black Panther story, which would have made her the first black director - and the first female - to take charge of a Marvel franchise film, but she ultimately turned down the job.

She tells Essence.com, "I'm not signing on to direct Black Panther. I think I'll just say we had different ideas about what the story would be. Marvel has a certain way of doing things and I think they're fantastic and a lot of people love what they do. I loved that they reached out to me."

Marvel bosses have yet to reveal who else is in the running to direct Black Panther, which was the first black superhero character to appear in a mainstream comic book franchise in the 1960s.