Review of Burn it Down Single by Avenged Sevenfold 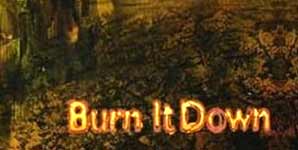 The Huntingdon Beach metalcore crew that is Avenged Sevenfold peddle a sound that actually has elements of traditional hard rock and vocals that are sung not shouted, thus perhaps drawing them away from the heart of the metalcore sound.

Still, this is blistering, melodic stuff, although at times it feels like it has a sweet, saccharine gloss over some of the energy and aggression, leaving some sort of sanitised version of what you had hoped for. The twins guitar riffing actually sounds almost like a kids TV theme for some bizarre reason.

It's hard to tell what the differences between the 'clean' and 'album' versions actually are – I heard no swearing – maybe the production values differ – who knows?