Rockers Avenged Sevenfold Have Urged Fans To Stop Sending Them Audition Videos As They Have Hired A New Drummer. 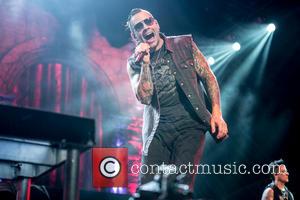 Over the summer (15), the musicians began searching for a percussionist to fill the slot left vacant by Arin Ilejay.

He exited in July (15), four years after joining the group to replace the late James Sullivan.

The band has been inundated with audition videos from wannabe drummers since Ilejay's departure was announced.

But they have now confirmed the slot has been filled and told fans to stop the online tryouts.

"It has been brought to our attention that a lot of videos have been posted online from some pretty amazing drummers who want to try out for Avenged Sevenfold," they say in a statement.

"While we appreciate the overwhelming interest and support we thought it would be the right thing to do to let everyone know that we already have someone. In fact, we have been working with this person for over a year now to make sure that it was a correct fit before making any sudden changes."

However, the rockers are keeping their new drummer's identity a secret for now, adding, "When we have more to share we will be sure to do that."

After Ilejay left the group, they examined the reasons behind his exit in a message shared with fans.

They revealed that although he was "nothing but a positive energy and monster drummer," they felt they "needed to move in a different direction".

The rockers are currently working on their seventh studio album which is reportedly slated for release next year (16).