Review of Truth Sets In Single by Avi Buffalo

Sounding like it would be in the background of some US Teen drama such as One Tree Hill or The OC (ironically these guys are from Long Beach), Avi Buffalo's Truth Sets In is a gentle and laid back summer song that takes you back to your youth and innocence. There is nothing dramatic, or even special, about the track but it does the job of what this US Indie band was probably aiming for.

Avi Buffalo have achieved universal critical acclaim since the release of their debut album earlier this year. Having toured around North America, they are about to hit our shores playing at various festivals and gigs across the country. Whilst this track may show a glimpse of what the critics have talked about, it is hardly exemplary of what this band is truly made of.

The single is a personification of a summers day by the beach watching the waves intercalate with the horizon of the sea seemingly transcending onto infinity, like a young person's life ahead of them. Whether you are young or old, this song drags you back to youth; a time of freedom, liberty and innocence. Gentle, and quite ethereal vocals accompany this bare melody, which reveals a pleasant and charming insight in this band's sound. But it is also very easy to be cynical about this. Tending to sound quite generic and a tad out of date (they claim that they use old influences to create a new sound but it merely sounds circa 2005), this song, whilst perfect for a backing track in a drama, is exactly that; music faded away in the background. Nothing really stands out nor is very original.

If you like your indie-pop clichéd and quite standard, then you will love this. One shouldn't criticise Avi Buffalo too much as they have the potential to be both critically and commercially popular. But what remains to be seen is whether they have the longevity and strength to exist as stand-alone artists or whether they will thrive under the curse of becoming accompanying music to melodramatic serials. 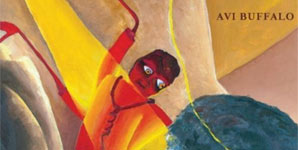