Avril Lavigne has been spotted out with American actor Wilmer Valderrama, who has previously dated Lindsay Lohan, Mandy Moore and Hilary Duff.

The singer - who is divorcing estranged husband Deryck Whibley - has been seen out several times with American actor Wilmer Valderrama and the pair have apparently been getting very close.

Over the weekend, Avril, 25, and 29-year-old Wilmer were spotted at Los Angeles club Wonderland getting cosy.

An onlooker is quoted by US gossip blogger Perez Hilton as saying: "She had her hand on his knee and they were whispering in each other's ear, laughing. They even closed the club, sneaking out just after 2am."

Since splitting from Sum 41 rocker Deryck in September, Avril has also been romantically linked to oil heir Brandon Davis - who has also dated Lindsay and Paris Hilton.

As well as Lindsay, Wilmer has previously been in relationships with Mandy Moore and Hilary Duff.

She is asking for a ruling to block Deryck - whom she was married to for three years - from receiving spousal support. 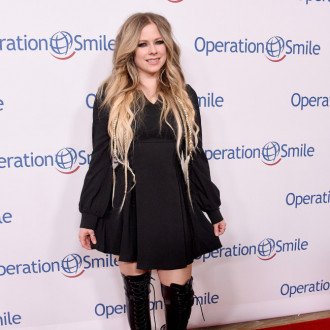