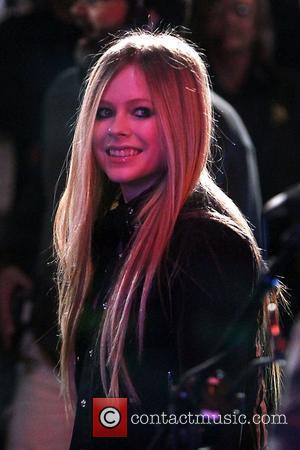 Singers Avril Lavigne, Cee Lo Green and Mary J Blige performed at the 2011 MaCy's Thanksgiving Day Parade on Thursday (24 November, 2011), watched by a wave of spectators who had gathered on the streets of Manhattan to catch a glimpse of the annual festivities.
As well as the star trio, a jetpack-wearing monkey and a freaky balloon designed by filmmaker Tim Burton also made their way around the parade route. In all, the event included more than 40 balloon creations - many based on this year's blockbuster movies - 27 floats, 800 clowns and 1,600 cheerleaders, according to the New York Daily News. Some musical performances came from a stage at the end of the route, in Herald Square, while others were on moving floats. Cee-Lo Green rode a float featuring young hockey players and told the crowd, "I feel like a kid all over, man, you know". The parade traditionally begins at 77th Street and heads south on Central Park West to Seventh Avenue, before heading to MACy's. With emphasis always placed on popular culture characters and holiday themes, kids were thrilled this year with the return of Buzz Lightyear from the Toy Story movies, SpongeBob SquarePants and Kermit the Frog.
A New York institution, the parade has featured in innumerable Christmas movies, most notably Jingle All the Way with Arnold Schwarzenegger and Miracle on 34th Street, with RICHARD ATTENBOROUGH.