Pop Punk Avril Lavigne Is Living Out Her Dream Of Moving Into Hollywood After Landing The Role Of Snow White In An Upcoming Animated Musical Comedy About Prince Charming. 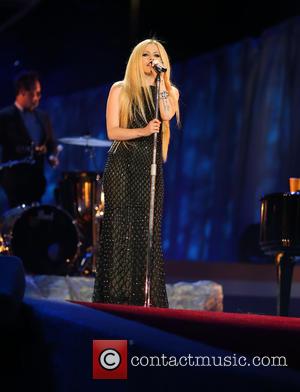 The Sk8er Boi hitmaker recently admitted her "next goal in life is moviemaking", and now it's been revealed she will join Demi Lovato, as the female lead Lenore, in Charming.

Charming follows the fictional princesses as they discover they are all engaged to the same prince. The male lead has yet to be announced.

The film, written and directed by Ross Venokur, is being produced by Shrek franchise filmmaker John H. Williams and is set for release next year (16).

The role marks Lavigne's first acting foray since 2007, when she featured in Richard Gere's crime drama The Flock. She also previously voiced a character in animated film Over the Hedge and appeared in Richard Linklater comedy Fast Food Nation in 2006.