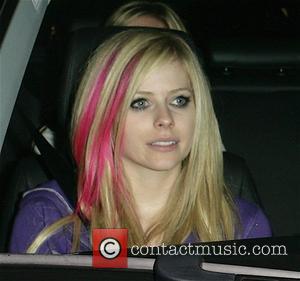 Avril Lavigne celebrated her last days of being single by inviting her fiance, Sum 41 singer DERYCK WHIBLEY, to join her for her bachelorette bash on 30 June (06). The 21-year-old COMPLICATED singer received two sets of black 2Belles panties embroidered with 'The Mrs' in hot pink, plus a posh bra, panty and camisole set from lingerie company Cherish. According to an eyewitness, "She was excited, but a little embarrassed." After opening her presents, Lavigne donned a veil with devil horns and the couple and 20 pals dined at hip Los Angeles restaurant Koi. The group then moved on to celebrity nightclub Lobby where they partied alongside Jessica Alba and Nicky Hilton. The couple have yet to announce their official wedding date.