Outspoken Rapper Azealia Banks Has Waded Into The Feud Between Ghostface Killah And Action Bronson By Urging The Wu-Tang Clan Star To Battle His Rival. 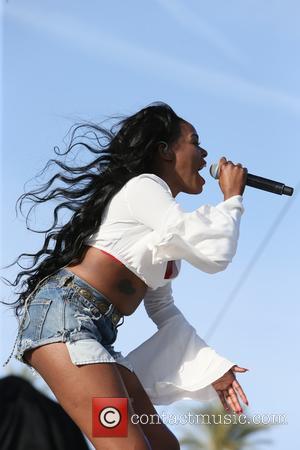 Bronson upset the veteran during a recent appearance on ESPN show SportsNation when he criticised the hip-hop superstar's talents, suggesting he's not as good as he used to be.

Bronson has since apologised after Killah threatened his life in an expletive-laden statement, but the Wu-Tang Clan member has refused to accept his rival's remarks - and now Banks, who has also fallen out with Bronson in the past, is baying for a showdown.

Picking up the beef between the two rap heavyweights on Twitter on Tuesday (21Jul15), she wrote, "But remember when Action Bronson had all that mouth to insult me but now that ghostface pulled his card he's mum... F**king fat slob. I want to see him get f**ked up SO badly...

"I have lots of disdain towards the men who have threatened me with bodily harm publicly... Of course, no one cares that I get spoken to in these ways because I am not a white woman... But I deal with lots of sick images of hurting these men in my mind. The anger is crippling sometimes."