Comedian Aziz Ansari Passed On The Opportunity To Star In The 2007 Transformers Movie Because He Didn't Want To Play A Stereotypical Indian Call Centre Assistant. 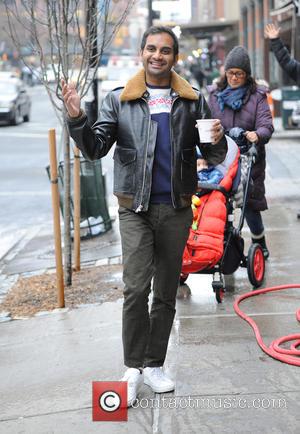 The funnyman reveals he originally auditioned for another role in the Michael Bay blockbuster, but was called back to "play up" his Indian roots for the part of a service operator.

It would have marked his first big Hollywood project, but Aziz turned down the offer because he wasn't interested in playing "ethnic caricatures" on the big screen.

"I went in for an audition for something in Transformers," he tells U.S. breakfast show Good Morning America. "They were like, 'We don't think you're right for this part, but there's another part we think you'd be perfect for... It's the call centre guy, you gotta do an (Indian) accent!'. I was like, 'Oh, why do you think I'm perfect for this? Does it happen to be because I'm an Indian guy?'"

"It just didn't feel like something I wanted to do, so I made a choice pretty early in my career that I was not gonna do those kind of roles, where it's really about playing up the Indian accent and these ethnic caricatures. I'm not criticising anyone that does do that, people have to work..., but to me that's an interesting conversation to have and it's an interesting time where people are talking a lot about the way minorities are portrayed in entertainment and everything."

Aziz was inspired by that casting experience for an episode of his new Netflix comedy show, Master of None, called Indians on TV, and the Parks and Recreation star admits he didn't have to look far for material to play Dev, an aspiring actor trying to break into the industry while living in New York City.

"A lot the issues that we deal with in that episode are things that I've had to deal with as an actor," he explains.

The project turned into a family affair after Aziz struggled to find the right actors to portray his parents - so he simply hired his real mum Fatima and dad Shoukath.

"My parents play my parents," he explains. "I auditioned some actors to do it and... they never felt real. Those parts I wanted to get right...

"That was another part (of the project) I was worried about because when you see immigrant parents depicted on TV and films, a lot of times, again, they're these broad caricatures... I wanted them to be well-rounded, funny characters and my parents are very well-rounded, funny people, and so I asked them to do it... and they do a great job...

"It was really fun working with them and seeing them pick up acting. I think they're great in the show."