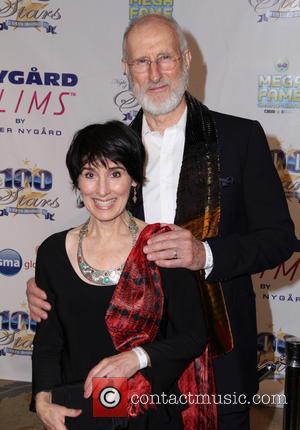 Babe star James Cromwell is set to receive a lifetime achievement award from the Humane Society of the United States.

The veteran actor will be recognised for his years of animal rights activism, which led to his arrest last year (13) during a protest at the University of Wisconsin.

Hsus spokeswoman Michelle Cho says, "He's been a friend to the Hsus and to animals for decades. He is somebody who has used his fame and platform for farm animal protection, animals used and abused in labs, horses who are used for horse racing, you name it, if an animal is in trouble, he is there."

Cromwell, who turned vegan after experiencing the horrors of a Texan slaughterhouse during a motorcycle trip in 1975, will be feted for his efforts at the Hsus' 60th anniversary benefit dinner in Beverly Hills, California on Saturday (29Mar14).

He says, "The Humane Society of the United States has become more politicised and more courageous in the last 10 years. I support them and am honoured to be receiving this."

Cromwell won't be the only actor honoured at the event - The Vampire Diaries star Paul Wesley will receive the Humane Generation Award for his continued work in raising awareness about animal protection among youths.