Back To The Future

Back To The Future Quick Links

Robert Zemeckis Michael J Fox Back To The Future

The director of the 1985 classic and its two sequels would veto any attempt to reboot the original, according to a new interview.

Despite our current mania for ‘80s reboots, it seems that there’s one classic movie from that golden decade that won’t be getting a new lease of life on the big screen. Director Robert Zemeckis has insisted that he would block any attempt to remake his 1985 blockbuster Back To The Future if such an idea were ever floated.

The 63 year old spoke to The Telegraph’s movie reviewer Robbie Collin on Monday (June 29th), and admitted that, while such a reboot would undoubtedly be extremely lucrative, it would only happen over his dead body. Quite literally, as it happens, as the original contracts with Universal and Amblin for the first movie states that Zemeckis and his co-writer Bob Gale have control over any BTTF movies until their deaths. Continue reading: 'Back To The Future' Remake Would Be Blocked By Robert Zemeckis

Don’t Tell Anyone, But Secret Cinema’s Going ‘Back To The Future’

Michael J Fox Back To The Future

Fancy a trip to Hill Valley or a ride inside the DeLorean?

They’ve invited us to The Grand Budapest Hotel and they’ve even recreated the Shawshank Redemption. But the Secret Cinema has just unveiled their most exciting screening yet to take place this summer. Are you ready to go Back To The Future?!

The next Secret Cinema will go Back to the Future

If you’re a movie fan who often finds yourself wishing you could could jump into the screen and become part of the action, then Secret Cinema is a dream come true. The organisation, created in 2007 by Fabien Riggall, recreates scenes and sets from iconic movies and makes the audience literally feel they're part of the film. Using elaborate sets, costumes and giving each participant a role to play the Secret Cinema offers a unique experience for film fanatics and is always getting bigger and better.

Continue reading: Don’t Tell Anyone, But Secret Cinema’s Going ‘Back To The Future’

1
Back To The Future

Back To The Future Quick Links Back To The Future Stars To Reunite On Tv

Lloyd Puts Home Built After Wildfire Tragedy Up For Sale

Lloyd To Play Only Fools & Horses Grandad In American Revamp

Mattel Bosses Plan Back To The Future Hoverboard Line

Auction House Offers Up Back To The Future Treasures 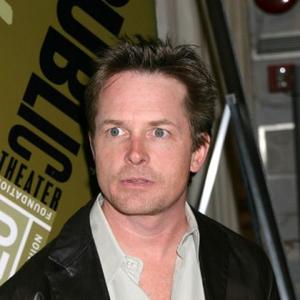 No More Back To The Future Without Fox

Back To The Future Location Open Again After Fire

Back To The Future Movies