Backstreet Boys Documentary On The Way 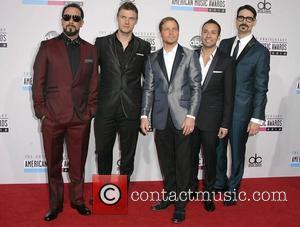 Hit 1990s band Backstreet Boys are set to star in a documentary about their meteoric rise to fame.

The I Want It That Way hitmakers will open up about their time in the pop band for the upcoming tell-all film, to be directed by moviemaker Stephen Kijak.

The project is expected to be completed later this year (13) to coincide with the 20th anniversary of the group's formation, according to The Hollywood Reporter.

A statement from the Backstreet Boys reads, "We always wanted to make a film and now is the ideal time. With... a new album in the works and our 20th anniversary - it all adds up to being the right time to share our story."

Kijak adds, "What drew me to this project is their openness and willingness to push themselves into uncomfortable places, to be vulnerable and honest and to be really trusting of the filmmaking team to steer them in the right direction. Bsb is getting real and it has been exciting to work with them as they explore their past and start to look towards their futures."