Backstreet Boys are heading to the studio to work on their eighth album in 2012. 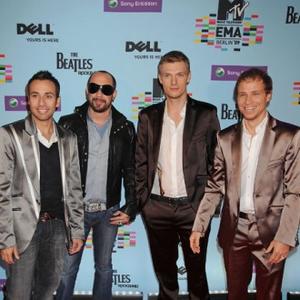 Backstreet Boys are recording a new album in 2012.

The 'I Want it That Way' boy band are getting together ideas for their eighth album, the follow up to 2009's 'This is Us', with a view to recording next year.

Howie â who is joined in the group by Brian Littrell, Nick Carter and A. J. McLean â also said, despite the band having been recording and performing since 1993, they have their "finger on the pulse" and their new record will see them work with top producers to sound fresh.

He added: "That's always the challenge working on new albums; trying to push the envelope, trying to always top the last album. But that's what we do.

"That's one of the reasons why we take our time to make the record the best it can be. To not rush it and to keep your finger on the pulse of what's hot."

Backstreet Boys will tour Europe in 2012 with fellow boy band New Kids On The Block, under the banner NKOTBSB, while Howie's solo single, 'Lie to Me', is out now.