Mclean Proud He Married While Sober 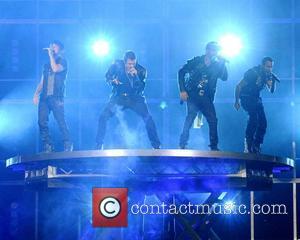 Backstreet Boys star A.J. McLean is glad he checked into rehab before marrying his partner, because he was able to fully enjoy and "absorb" his wedding day while sober.
The singer proposed to girlfriend Rochelle Deanna Karidis while he was celebrating his 32nd birthday at a Las Vegas nightclub in 2010, but their union was rocked when MCLean sought treatment for personal issues early last year (11).
They exchanged vows in a gothic-themed ceremony on 17 December (11) - and MCLean has opened up about overcoming his demons and how his fresh outlook on life made their Los Angeles wedding perfect.
He tells Britain's OK! magazine, "I truly try to put Rochelle's feelings first. Is it really worth it to go out and get drunk and come home and deal with the repercussions? Now it's not.
"I'm not perfect, but I try every day to stay sober and to be sober at my wedding was awesome. I was able to absorb it, even though it's all kind of a blur."
The star's bandmates gave speeches at the ceremony and MCLean reveals Nick Carter's was the most strange.
He adds, "They said they were going to roast me and they teased me a bit, but mostly they gave me words of wisdom and encouragement. Nick's speech was the weirdest."