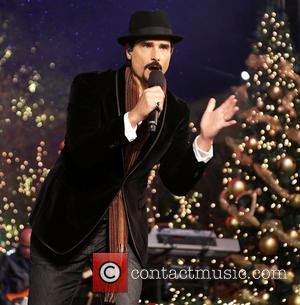 The singer is making a move into the film industry, and has co-written Evil Blessings with filmmaker Sxully Essex.

Carter is seeking $85,000 (£56,000) to help cover the cost of the project and has created a page on fundraising website Indiegogo.com for fans to donate.

In return, he is offering a number of "perk packages" to backers, including a poster, concert tickets, or even an Executive Producer credit.

Carter says, "The reason I'm looking to crowdfund this film is because it not only helps me to gauge interest in this project but it also gives my fans out there an opportunity to get access to what I'm doing."

Spike Lee, James Franco and Zach Braff are among the stars who have launched similar online fundraisers for their projects.