Nick Carter's Family Members Were A No-show At His Wedding 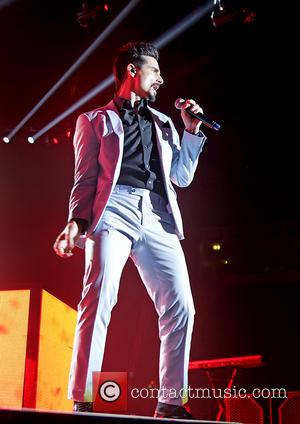 The I Want It That Way hitmaker and his longtime love exchanged vows in a romantic ceremony in Santa Barbara, California, but Carter's side of the family was noticeably missing among the 100 guests.

Carter tells In Touch magazine, "My family's always had a complicated dynamic. At the end of the day, the people who love us were there."

The 34 year old also noted that his younger brother, Aaron, was due to serve as a groomsman, but missed the wedding because of flight delays.

Carter's bandmates gave the star a big reason to smile on his big day as they stepped in to make sure the nuptials ran smoothly, each delivering a heartfelt toast to the newlyweds.

He says, "These guys are my family."

Carter famously fell out with members of his immediate family after they partly blamed him for the death of his sister Leslie, who died following a drug overdose in 2012.

Carter chose not to attend the funeral, revealing last year (13), "I actually got the phone call from my father that she had passed. Immediately the conversation turned into not about her death and not about the actual passing and what had occurred, but more about themselves. And then I started to get blamed by the rest of the family.

"I have a large family and they all went there - they were blaming me for the death.

"The message from them was that if you had been there for her, she would be alive today... I felt it was unfair. Especially with all the things I have done... for them."