British Awards Season Begins with the Unsurprising Nominations at the Baftas 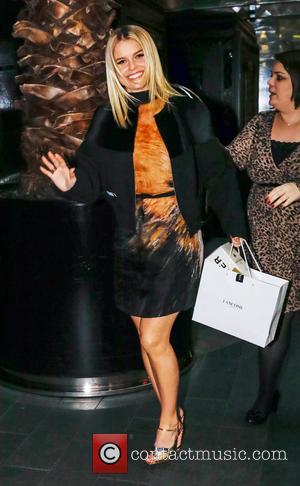 As awards season kicks off, today with the BAFTA nominations and tomorrow with the Golden Globe award ceremony, actors, actresses, directors and producers everywhere will be biting their nails and praying for a win from at least one of the big three coming up, the aforementioned two, of the Oscars, nominations for which will also be released tomorrow.

There are very few surprises in the BAFTA nominations as this year has some clear stand-out offerings to the trade, and as announced by Alice Eve and Jeremy Irvine, here's the low down on the biggest prizes.

Nominations for best film are the big five: Argo, Les Miserables, Life of Pi, Lincoln and Zero Dark Thirty. Despite BAFTA being a British institution, there's not a British film in sight (except Les Mis, but the majority of leads aren't from the fair isle). Luckily, however, there's a whole separate award for Brits. In that list, the contenders are Anna Karenina, The Best Exotic Marigold Hotel (that was 2012? it seems so long ago), Les Miserables, Seven Psychopaths and a much deserved Skyfall.

Best Leading Actor nominations went to Ben Affleck for Argo, Bradley Cooper for Silver Linings Playbook, Lincoln's Daniel Day-Lewis, Hugh Jackman in Les Miserables, and with a nod to The Master which has surprisingly been largely left out of awards nominations this year, Joaquin Phoenix. You can see the full list on the BAFTA website.

What do you think of the nominations? Has any film or anyone been left out unjustly? Let us know in the comments below.

Check out the Lincoln trailer here, it will be released in the UK on January 25th: