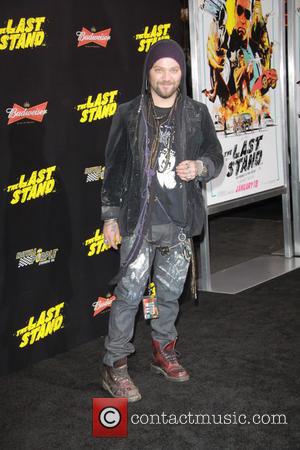 Tv prankster Bam Margera has been kicked out of a hotel in Melbourne, Australia and banned for life just hours after checking in.

The Jackass stuntman arrived at the Citadines on Thursday (17Jan13) ahead of a Dj gig at the city's Ding Dong Lounge, but it appears a mystery incident has since caused hotel managers to boot him from the building.

In a series of Twitter.com posts, he writes, "Citadines hotel I am kicked out of for life. Thanks goodness... So now I'm kicked out of my hotel and they wouldn't let me get my luggage. Dunno if my girlfriend is kicked out."

No further details were available as Wenn went to press.