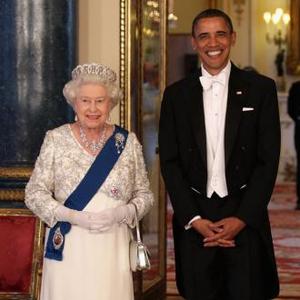 Celebrities have praised Barack Obama after he announced he supports gay marriage.

The US President revealed in a new interview that he had changed his mind about same-sex couples legally committing.

In an interview with ABC News he said: ''There have been times where Michelle and I have been sitting around the dinner table and we're talking about their friends and their parents and Malia and Sasha, it wouldn't dawn on them that somehow their friends' parents would be treated differently.

''It doesn't make sense to them and frankly, that's the kind of thing that prompts a change in perspective.''

The comments led to a massive response on twitter with many gay and lesbian stars as well as LGBT campaigners posting their thanks.

While Chris Colfer retweeted Ellen's comment and added his own words of praise.

His 'Glee' colleague Jane Lynch said: ''Pretty darn happy today. Thanks Mr President, for supporting the dignity of my family and so many others!''

'Born This Way' singer Lady GaGa added: ''Obama, congratulations on being the first sitting President to support marriage equality. Feels like the future, and not the past. #NoFear''