'The Monuments Men' will be the first film screened at the White House's East Wing theater after the President issued a moratorium this past November (2013). 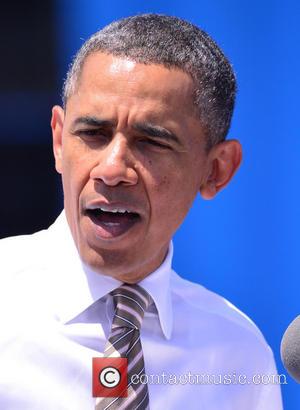 The White House opened its East Wing theatre to the cast and crew of George Clooney's new WWII comedy-drama 'The Monuments Men.'

This is the first movie screening in the famed Washington D.C. building since the President announced a moratorium this past November (2013).

So why does Clooney and his Oscar snubbed film get special treatment?

The 52 year-old actor, who is a supporter of Obama, is currently in the President's good books after organising a fundraiser for his re-election campaign, which raised almost $15 million, according to The Hollywood Reporter.

The film is adapted from Robert E. Edsel's book 'The Monuments Men: Allied Heroes, Nazi Thieves and the Greatest Treasure Hunt in History.'

It follows an army platoon, consisting of seven handpicked museum directors, curators, and art historians, whose mission is to enter Germany with the aid of allied forces, towards the end of WWII, to rescue priceless artwork stolen by the Nazis, and save it from damage or destruction.

The seven individuals are based on the true story of the Monuments, Fine Arts, and Archives program, who as well as were tasked with retrieving stolen art, were also responsible for safeguarding cultural and historic monuments.

Watch the trailer for 'The Monuments Men' here