Obama reiterated once again that he was not privy to Mr and Mrs Carter's travel plans. 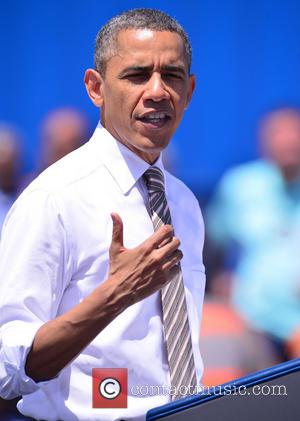 The second part of President Obama’s interview on the Today show was aired yesterday and he had a lot to say about the coalition government, immigration reform, the abortion issue and yes, even Jay Z and Beyonce’s trip to Cuba.

Well, he said that the White House hadn’t cleared it, at least. After Jay Z released his song Open Letter earlier this month, responding to his critics with the statement that he’d gotten the OK from the Commander and Chief himself, a representative of the Obama administration had to go on record, saying that the president hadn’t dealt with the issue of Jay and Bey’s vacation. Obama simply confirmed this in the interview: “I wasn’t familiar that they were taking the trip,” he said. “This is not something the White House was involved with – we’ve got better things to do.”

The president also apologized for his own blunder earlier this month. During another interview, he referred to California Attorney General Kamala Harris’s good looks, saying that she was the “best looking attorney general” in the US. He later received a lot of flack for the comments, which were perceived as sexist by a number of people. In the Today interview, Obama acknowledged the statement as inappropriate and said: "Kamala knew where I was coming from, but I do think that it was a useful teaching moment for me and for the country. As the father of two daughters, I want to make sure that they’re judged on the merits and not on their appearance.”

“I’ve got no problem in people, I think, using what was intended as an innocuous comment to make this larger point that we want to make sure that women are judged based on the job they do and not how they look,” the president added. Obama has a lot of things to take care of, but Beyonce's anniversary trip isn't one of them.