The History Channel's The Bible had viewers confused on Sunday night - their representation of Satan looked very familiar. 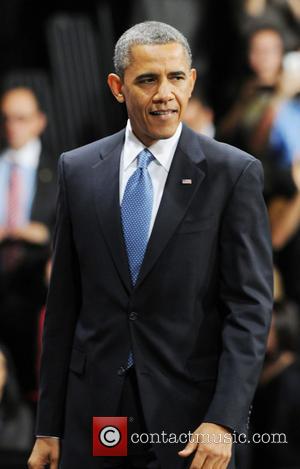 The History Channel's new series 'The Bible' has been an unexpected series this year, attracting a high of 13.1 million on Wednesday (March 13, 2013), enough to topple American Idol, which managed just 12.8 million. However, Sunday's episode of the historical drama was the subject of intense controversy after a character representing Satan bore a startling resemblance to President Barack Obama. Are the History Channel putting their political cards on the table?

The devil was played by actor Medhi Ouzaani, though was this simply a casting coincidence? Right-wing commentator Glenn Beck was one of the first to point out the similarity, tweeting, "Anyone else think the Devil in #TheBible Sunday on History Channel looks exactly like That Guy?" Another Twitter user said, "Oh my word...watching The History Channel's The Bible.does Satan look familiar to anyone else?" It was a view shared by Matthew Gaudet who said, "Watching The Bible series on the History channel and noticed the guy playing the role of Satan, looks strikingly similar to Obama."

The incident echoes the furore of HBO's inclusion of George W. Bush's head impaled on a stick during season one of Game of Thrones. After producers pointed out the 'cameo' in DVD commentary, the network froze shipments of box sets and halted sales on iTunes until the offending head was removed. "We were deeply dismayed to see this and find it unacceptable, disrespectful and in very bad taste," HBO said in a statement at the time.

What do you think? Did The History Channel purposely cast Ouzaani for his likeness to Obama?