Barbara Eden I Dream Of Jeannie 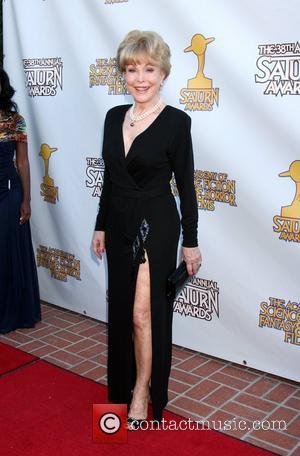 Beloved actress Barbara Eden has placed the original genie bottle from Tv show I Dream Of Jeannie in a safety deposit box over earthquake fears.

The star was so shaken by the Northridge quake of 1994 that she has boxed up her precious keepsakes and locked them away.

Eden, who co-starred with the late Larry Hagman in the classic U.S. Tv series, tells Access Hollywood Live, "Everything in our house came off the shelves (when the earthquake hit) and we couldn't get in the library and when we finally got the door open there was a pyramid of books and right on top was the genie bottle. It was uncracked, perfect, just sitting there.