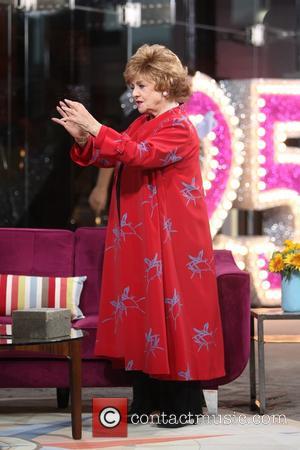 Veteran British actress Barbara Knox has been arrested on suspicion of drink-driving.

The 80-year-old star, best known for her role in U.K. soap opera Coronation Street, was in a car with her daughter Maxine Ashcroft, who was driving, when their vehicle was pulled over by police officers.

Ashcroft was given a breath test and arrested on suspicion of driving under the influence of alcohol, according to Britain's The Sun newspaper.

Knox followed the cops to Knutsford Police Station in Cheshire, England where her daughter was booked in, and the actress was then arrested as officers suspected she had driven herself there while inebriated.

Ashcroft, 56, was charged with driving while drunk and was later released on bail along with her mother.