Barbara Walters has gone on the record as saying Elisabeth Hasselbeck will not be leaving The View. 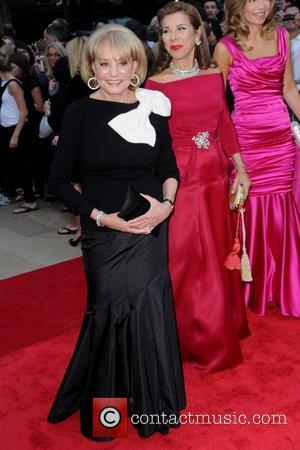 Barbara Walters has attempted to placate the intense rumors concerning 'The View,' with the veteran broadcaster insisting Elisabeth Hasselbeck will not be leaving the show despite reports that suggest her outspoken conservative views is putting off viewers. Deadline.com, Us Weekly and the Hollywood Reporter all report that Hasselbeck's contract will not be renewed, though Walters is adamant the 35-year-old will remain on the show.

"There is a particularly false story that keeps getting picked up about Elisabeth's alleged departure, saying that we don't approve of her conservative views," Walters, who created the long-running talk show, said on Monday's program. (March 11, 2013) "The truth is we love Elisabeth. I like her personally and she's just a wonderful person.But beyond that, we value and appreciate her point of view, it's important to us because Elisabeth helps give the show perspective and balance.So we have no plans for Elisabeth to leave."

ABC had previously released a statement saying that Hasselbeck "is a valued member of The View and had a long-term contract," though failed to address the issue of whether or not she will be offered a renewed deal. The controversial presenter joined the show in 2003 and became known for her heated arguments with liberal co-host Rosie O'Donnell.

On Thursday, co-host Joy Behar announced she would leave the show after the current season. She first joined the panel in 1997. Barbara Walters Insists Elisabeth Hasselbeck Will Not Be Leaving 'The View' Elisabeth Hasselbeck Is Rumored To Be Leaving 'The View'

Most Fascinating People Of 2013: Who Made Barbara Walters List?