Barbra Streisand says her son, JASON GOULD, convinced her to sign up for new movie 'The Guilt Trip' after he read the script because he knew the role was perfect for her. 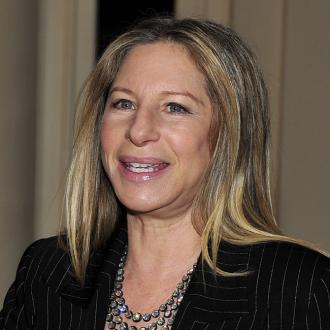 Barbra Streisand's son convinced her to sign up for new movie 'The Guilt Trip'.

The Oscar-winning actress stars alongside Seth Rogen in the film - playing a mother-son duo who embark on a cross-country road trip together - but she admits it was her real-life son, JASON GOULD, who persuaded her to take on the role because he has such good taste.

Barbra - who had Jason with ex-husband Elliott Gould - said: ''Jason was actually very important in my decision to make the movie because he was recovering from back surgery, so he was in bed for a few days. I brought the script over and read it out loud. His father was in the room, too. We were both coddling our son. So, he became the audience, and Jason was reading all the parts with me. He said, 'I think you should do it, mom,' and I really trust his integrity and opinion. He has great taste, in whatever he chooses to do. It's amazing. So, he clinched the deal.''

However, Barbra, 70, admits she doesn't get that many scripts sent to her anymore so finding a good one is very rare.

She told collider.com: ''Everybody thinks, 'She must get so many scripts. Why should I send this? She'll never get a chance to read it.' Meanwhile, I go, 'Where are the scripts?' ''