Barbra Streisand will release her 'Partners' album, featuring 12 duets with the world's greatest male vocalists, in September this year. 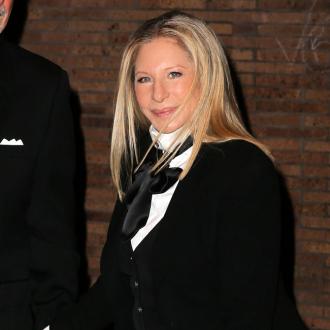 The 'Woman In Love' hitmaker took to Instagram for the first time to announce the official release date of the upcoming album, entitled 'Partners', which sees the legendary singer duet with the world's greatest male vocalists.

'Partners' is the first duet album to be released by the 72 year old in over a decade and features collaborations on some of her best loved tracks.

Among the songs are renditions of 'New York State Of Mind' with Billy Joel, 'It Had To Be You' with Michael Bublé, 'The Way We Were' with Lionel Richie, 'Evergreen' with Kenneth 'Babyface' Edmonds and 'Love Me Tender' with Elvis Presley.

It also features her first ever studio-recorded duet with her son Jason Gould on 'How Deep Is The Ocean', as well as perfomances with Andrea Bocelli, Josh Groban, John Legend, John Mayer, Blake Shelton and Stevie Wonder.

The UK version of the album will include five bonus tracks including her classic 'Guilty' with vocals from Bee Gees star Barry Gibb.

'Partners' was executive produced by Barbra and Jay Landers and was produced by Babyface and Grammy Award-winner Walter Afanasieff.

It is available to pre-order from today (14.08.14), with its official release date set for September 15.