Canadian rockers Barenaked Ladies have been forced to pull out of plans to create the music for a new Animal House stage spectacular in order to return to the studio to record a new album.

The group's frontman Ed Robertson broke the news last week (ends12Jul13), admitting he was "disappointed" that things didn't work out with the show producers.

He said, Ultimately, we couldn't give any more time to the project... Sadly, Broadway had to take a back seat for longer than they were willing to wait."

But it has emerged there may have been a falling out between the band and the backers of the musical version of the cult 1978 National Lampoon film.

Writer Michael Mitnick has now been drafted in to rewrite much of the material for the production, which is still scheduled to open at the end of 2014. 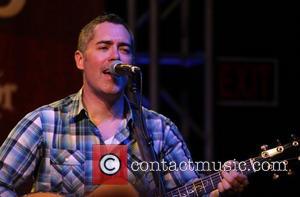