Bastille invite Ella Eyre on stage at the Parklife Weekender

Bastille invited Ella Eyre on stage during their set at the Parklife Weekender festival in Manchester on Sunday (08.06.14) for a rendition of 'No Angels'. 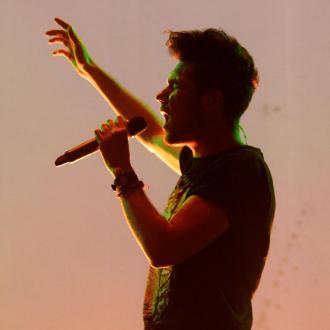 Bastille were joined on stage by Ella Eyre at the Parklife Weekender in Manchester on Sunday (08.06.14).

Frontman Dan Smith and his bandmates - Kyle Simmons, Chris ''Woody'' Wood and William Farquarson - welcomed the 20-year-old singer, who'd performed her own set earlier in the day, onto the main stage for a rendition of their track 'No Angels', which is a cover of The xx's 'Angels' and TLC's 'No Scrubs'.

The London-based band, who shot to fame with their debut album 'Bad Blood', also played a number of their hit singles including 'Things We Lost In The Fire', 'Pompeii' and 'Of The Night', with Dan apologising for his ''terrible dancing'' during a short break.

Following on from Bastille's crowd-pleasing performance, Foals took to the main stage for their headline set while Disclosure attracted thousands of festival-goers to the Disclosure presents Wild Life stage.

The DJ-ing brothers ended Sunday night's music with tracks including 'F For You' - which saw the song's collaborator Mary J. Blige appear via video - 'White Noise', 'You & Me' and the Sam Smith-featuring 'Latch'.

The 'Drop It Like It's Hot' hitmaker, who claimed he was ''in the mood for some old school s**t'', performed tracks that spanned his 22-year career in the music industry including 'P.I.M.P', 'Next Episode', 'Gin And Juice' and 'California Gurls'.